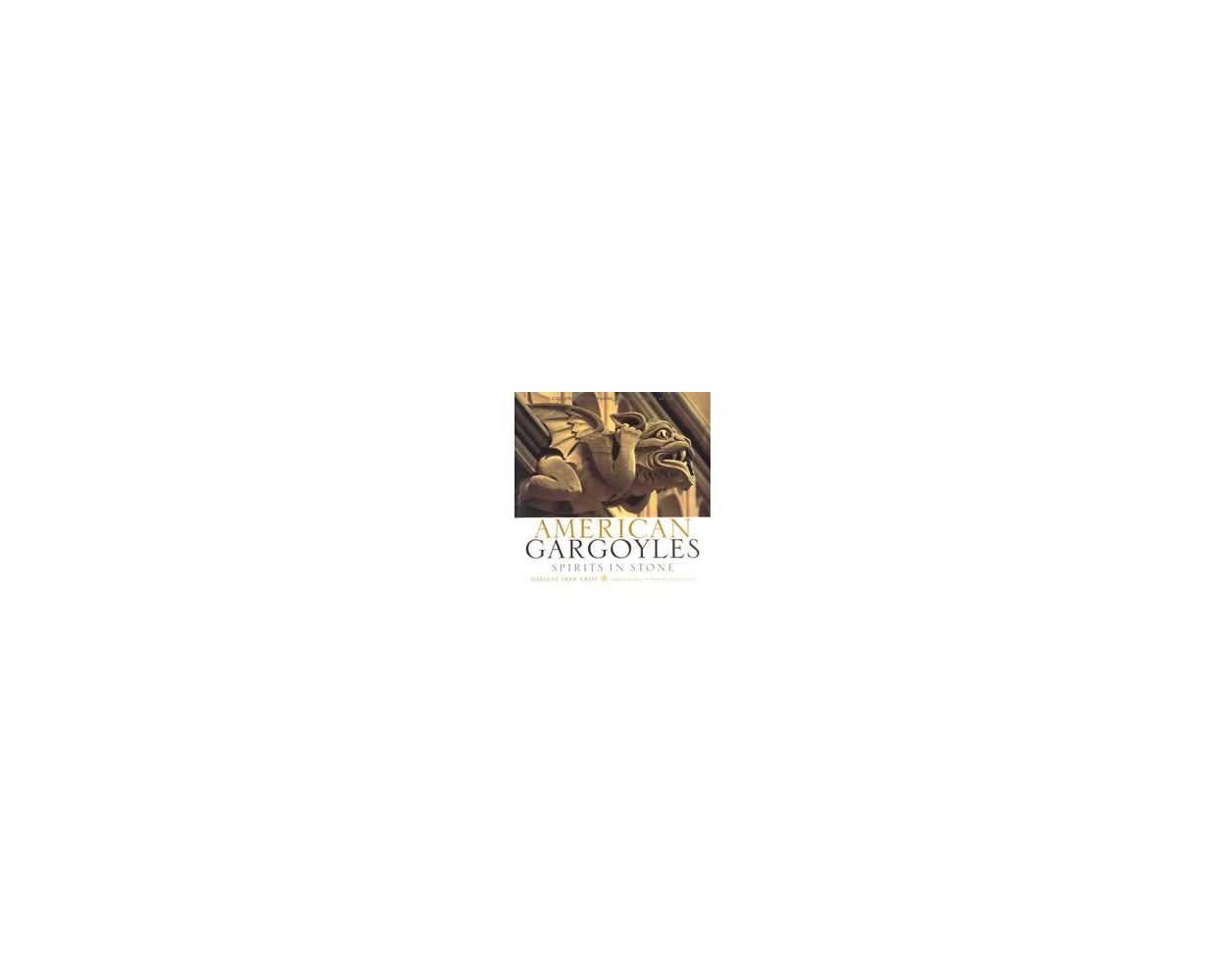 Skip to the beginning of the images gallery
Details
American Gargoyles: Spirits in Stone by Darlene Trew Crist by Random House.

American Gargoyles: Spirits in Stone is the first pictorial essay on the many gargoyles found in the United States, featuring unique stories and breathtaking full-color photographs of these monstrous but delightful angels with a sense of humor.

A number of books have showcased the medieval gargoyles of Europe, but never before has one been devoted to the thousands of gargoyles that peer down from American buildings. Lewd or ferocious, holy or humorous, these astonishing carvings are distinguished by fine artistry, vivid imagination, and spiritual mystery.

American Gargoyles puts us face-to-face with the winged griffins, fallen angels, and damned souls of Washington's National Cathedral, as well as those adorning the Woolworth Building and the Cathedral of St. John the Divine in New York City, Princeton University, the University of Pennsylvania, Tribune Tower in Chicago, Grace Cathedral in San Francisco, and many other buildings.

Robert Llewellyn's glorious photographs reveal the craftsmanship of the artisans and sculptors who created these works. With Darlene Trew Crist's fascinating explanations of the varieties of gargoyles, stories about their history and creation, and extensive resource information, including websites, American Gargoyles makes a convincing case for looking up as we walk down the streets of America's cities. .)