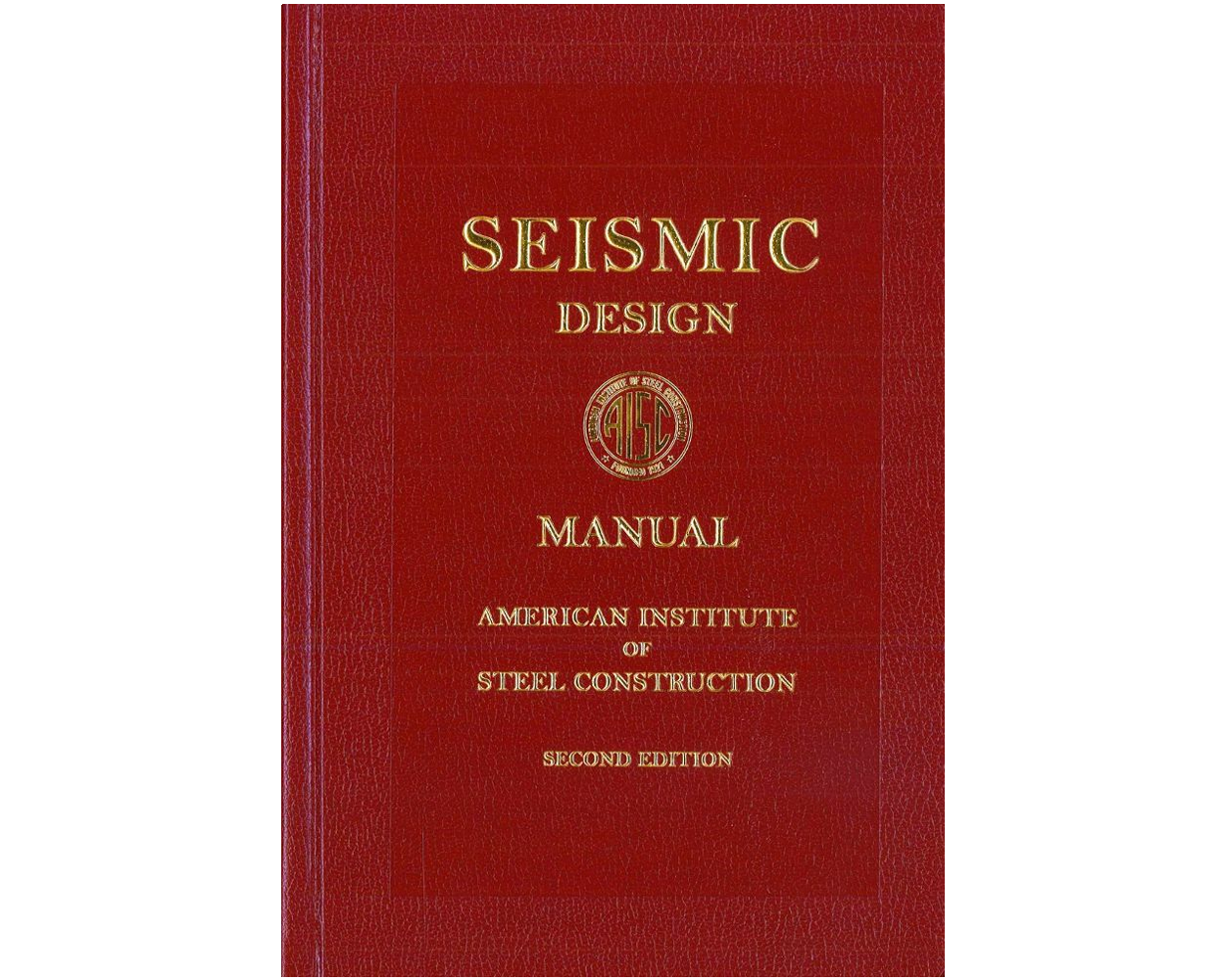 Skip to the beginning of the images gallery
Details

IMPORTANT NOTE: This title is "order on demand" meaning the title may take 7-12 business days to be delivered once your order has been placed. This title is also non-refundable non-cancelable.

This new edition contains hundreds of pages of comprehensive design examples, including connections, updated for the 2010 AISC Seismic Provisions.

"The Seismic Design Manual provides the industry with a practical resource for application of the design requirements of the 2010 Seismic Provisions," said Rafael Sabelli, chairman of the AISC Seismic Manual Subcommittee. "In contrast to the Steel Construction Manual, it typically follows a system-design format -- examples are organized around the illustration of an entire seismic system, with each example illustrating the design of a representative element. Connection design examples are presented to illustrate some of the range of approaches that designers can take. Thus, the Seismic Design Manual provides the industry with a useful collection of tools for addressing the seismic design of steel structures."

• A new chapter on analysis

Added Mark Holland, chairman of the AISC Committee on Manuals, "To produce a useful companion to the 2010 Seismic Provisions, AISC assembled a group of industry experts led by Rafael Sabelli. The result of their hard work will be appreciated by all who use the 2nd Edition Seismic Design Manual."

Check items to add to the cart or (After selecting the items, go above and press add to cart button)