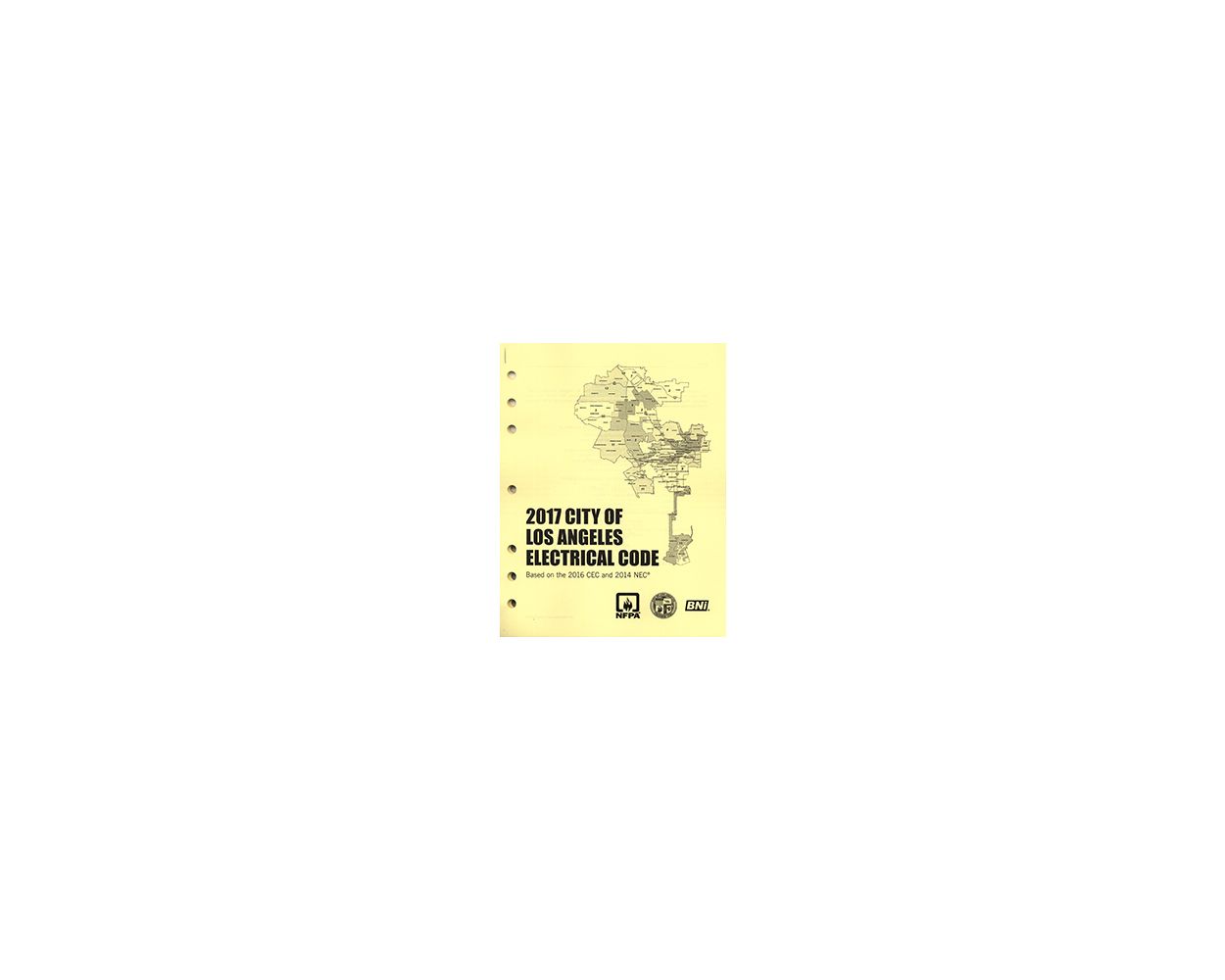 Skip to the beginning of the images gallery
Details

Ready for integration with your 2016 California Electrical Code, Title 24 Part 3!

This package includes the 2017 City of Los Angeles Amendment Pages for integration with the 2016 California Electrical Code, Title 24 Part 3. No binder is included. Pages in this 2017 Amendment are hole-punched for inclusion with your Code.

Make sure that your electrical work will pass inspection in the City of Los Angeles. Get this guide today!

Note: This is not a complete code. This is made to be integrated with the 2016 California Electrical Code, Title 24 Part 3.

The City of Los Angeles is protected by the Department of Building and Safety. This department is the largest organization of its kind in the United States and has several responsibilities to the city. It consists of five bureaus which help enforce, permit, design, create, inspect, manage resources, and service itself based on the codes written, 2017 City of Los Angeles Electrical Code (Amendment Only) being one of them.